Fiona is a graduate of Law and German in Trinity College Dublin. She one of many who received an autism diagnosis adulthood while studying in Trinity. She now works in the field of language and also works as a stand-up comedian. I interviewed her about her journey from education to employment. 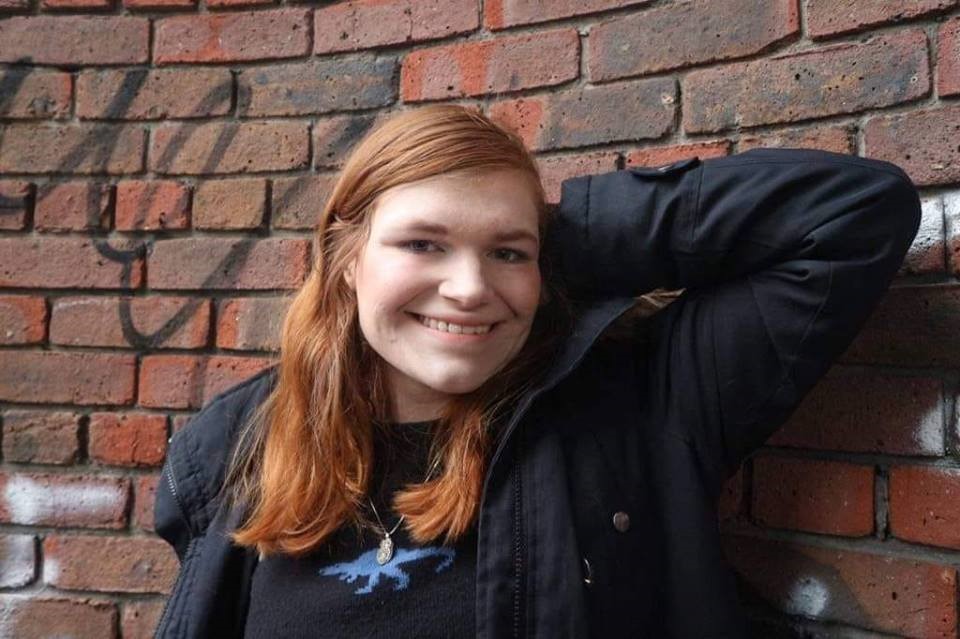 Could you tell me about life before you came to Trinity?

I went to a private all-girls school in South Dublin. I was heavily involved with choir but didn’t carry this into college. I was bullied there. I’d describe myself as really good academically but I struggled socially. I wasn’t diagnosed until I was 18 in college, so I didn’t know at the time autism may have been a factor. I excelled in school, with the highest points in Junior Certificate and the Leaving Certificate. However, my Leaving Cert year was really tough for me as I put a lot of pressure on myself to succeed.

How did you interact with teachers? Do you think there’s a big change in interaction at third level education?

You have a lot more deference for teachers in Secondary School. My teachers liked me; I respected them but could laugh with them. Some teachers were intimidating. I was once shouted at for a teacher for crying in class. She practically called me cheeky for not being able to control my emotions. On the other hand, Lecturers are less formal and you can call many of them by their first names. They’re also more accountable for their actions: each term we hand in feedback forms to our lectures. We are treated like adults

You said you took a year abroad in Germany. Did you find that challenging?

I had to make new friends; the international students were all very nice. My housemates mostly kept to themselves. The only communal thing we did was cleaning the kitchens. I didn’t live in Halls so this was my first experience living away from home. I was often late for lectures but it was good to be independent, cook for myself and wash for myself.

Did you find a support group of friends while in college?

Did you have any specific expectations of college? What was it like adjusting to this new space?

I looked forward to being able to express myself and wear my own clothes. It’s a big culture shock coming from a small school to a campus with 16,000 students. It’s also difficult learning to navigate friendships without school hours as a unifying thing. Again, organisation becomes more important in third level.

I’ve always been a last minute person. I can count the number of essays I’ve handed in without an extension on one hand! You don’t have homework as such but you have deadlines.

What advice would you give to meet these deadlines?

Start the essay in good time, don’t leave it until the last minute, do your research, ask questions to the lecturer. Use the break to catch up. Do a bit each day, have a plan and most importantly answer the question that is asked!

Did you find the Disability Service helpful during your time in Trinity?

Occupational therapy was helpful in some ways, such as organisation. With social skills, I think the university experience itself was a good way to develop as there’s many opportunities to interact with new groups of people.

Have you carried any passions from university into your graduate life?

I work with languages regularly and I attend the Pop-Up Gaeltacht every month. Currently I’m a translator and interpreter. I work freelance, which helps me work at my own personal pace. The career service was helpful to me: they did mock job interviews. I find interviews hard because of eye contact. Trinity was the only university where Law and German can be studied together. I think if I studied anywhere else there’s a chance I wouldn’t be working as a translator.

Since leaving college you’ve become a stand-up comedian. Was this influenced by the Trinity Comedy Society?

I didn’t work with the Trinity Comedy Society but I participated in a lot of comedy debates. Doing stand-up comedy had always been a long term ambition of mine. I knew a lot of funny people in Trinity whom I spoke to about starting stand-up comedy. In work my supervisor turned out to be a stand-up comedian; he gave me the push I needed to finally start.

Fiona recently participated in Light It Up Gold, the first ever all autistic comedy line up in Ireland. She can regularly be seen performing in the Jesters Club in Sin É.